Hello from jobless quarantine. That’s right, jobless quarantine; where the days blend together and time becomes meaningless until bills are due. The fact that this is happening as we careen from spring into summer only adds to the weirdness of it all. Things are greening up where I live and both the sun and the pollen are out in full force. It makes what’s going on in the world seem surreal. And as I lay in my backyard hammock listening to synthwave covers of songs I liked in my teenage years, I start to feel a bit displaced in time. I’m starting to feel a bit like I did during my teenage summers. Here’s a confession I’ve never made to anyone ever but dear readers, I hated my teenage summers.

Well, hate may be a bit strong. I was a giant blob of apathy. I probably gained most of my weight during those summers. I spent a lot of time listless, deeply sad, and feeling terribly alone. They weren’t all like that. Although a lot were. For reasons I won’t get into, my childhood summers were sometimes spent as a caretaker but that had blessedly stopped by the time I hit 11. I was learning to connect and be a kid. I was developing a different kind of relationship with my older brother, who was finally starting to trust me with not-kid things. We were hitting a brother-sister stride that you see people carry into adulthood with their siblings. Then he died. And I was alone.

I don’t remember much else from that summer beside the funeral. I think my parents repainted my bedroom with me but that might’ve been the next year.  We didn’t speak much as we did it and it all felt oddly quiet and strained. Early on it was often quiet with just the three of us. The three of us. Even all these years later, it feels unnatural to me. There were four of us.  I had a brother.  Now I don’t?  This isn’t right.  It never feels right.

In the summers, my brother and I didn’t always do a lot together. He was older than me by 4+ years so sometimes we didn’t have much in common. Not to mention how different we were. But he was there. I would walk by his dark room in the mornings and know he was sleeping. He was there. A presence. Sometimes he’d have me make him a sandwich with a lot of mayo. Or tea with too much sugar. Sometimes I would watch him play video games and other times he’d have me join in and laugh at the faces I’d make while playing. Usually it was just nice to know he was there. Somewhere.

After, it was weird walking by his room. I wanted to walk in there to find him buried beneath his hideous 70’s orange-brown knit blanket.  The worst dream I ever had, he was sleeping in his room and I had to get him up.  It was just that simple and it felt real. So very real. I woke up and walked towards his room hoping he was still in there. Please god, let me wake my brother up. But I felt it, the lack of him being there.  The only things in his room were his stuff and a light layer of dust. Left behind skin cells mixing with dirt. When my parents went back to work, it was just me and the dust in the basement.

Summers were blurs. I’d wake up at noon. Maybe I’d go to the pool. Sometimes I’d walk down to my friend’s house where Misty and I would watch soap operas. Days of Our Lives had an arc where Marlena was possessed by the devil. I think it was the same year that the OJ trial was everywhere.  Some days I’m not sure I’d talk to anyone but my parents if only because I had to go upstairs to have dinner.  I hated school because it meant people laughing at me for being fat or a loser or what have you but I’d see friends every day, too. So school was a bit of a reprieve from the isolation of summertime.  I’d never felt so alone.  At a certain point it became a blanket. Being alone was just another part of who I was and it became more difficult to feel normal around people.

I grew up and got a job where I had to be social and that helped because even if I didn’t enjoy what I did, it got me out and kept me in touch with people.  It gave me friends I cared about and a disposable income.  When the layoffs happened, the hardest part (outside of the constant worry about what I would do for food and doctors and medicines and the like) was not having a routine and a group of people to interact with everyday.  I had to make routines for myself (which I suck at and I openly admit to that).  I had places I would frequent and sometimes I would force myself to chat with people.  It wasn’t always easy.  I have a lot of social anxiety and sometimes just getting out of a car to walk into a coffee shop requires a 10 minute self-pep talk that would on occasion fail so I would end up just going back home.

With everything going on (“in this new normal” or “in these strange times” or “as we navigate this new landscape” or whatever all those companies who want to sell you their shit start their emails now), my work dried up and everything closed so I’ve been home.  Alone again, naturally.  I’ve had zoom calls with friends and that helps me not feel so weirdly alone and I’m lucky to get to see my parents. But I have this deja vu heading into the summer.  It’s THAT summer all over again: deathly silent and still and I hate it.  I hate this loneliness that I wear like armor I somehow can’t take off.  I hate this anxiety that burns and bubbles in my chest until it’s hard to breathe because I don’t know how long this will last.  I miss my friends and work and people.  I miss my brother.

(Also, please keep social distancing and self quarantining if/when you can.  It’s about helping other people where you can folks.  Be the helpers.) 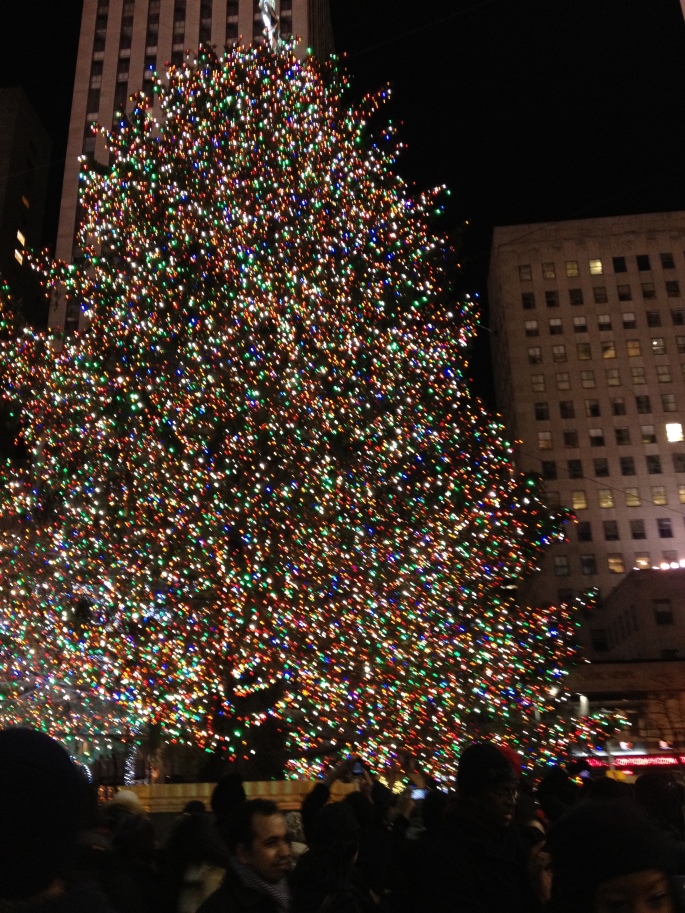 So the holidays (or holiDAZE, amirite?  Hahahahaha, I’m sorry) are rapidly approaching and in the past I’ve been blessed (#blessed) to have this be a happy, cherished time of the year.  I’ll admit right out that I’ve never really celebrated the religious aspects.  It’s never been the big draw for me.  END_OF_DOCUMENT_TOKEN_TO_BE_REPLACED